I’ve heard it from other people for years, people who relocated to L.A. or New York or abroad…or wherever…that there’s no place like Chicago. It never sunk in. I was so ready to leave it. I was so ready to spread my wings and see what else was out there for me. I’ve lived in 21 different places. I love moving. I get bored. I love being transient. I thought I’d be fine. I was in no way prepared for the daily ACHE that I would feel not being in Chicago. I’ve lived in Chicago longer than I’ve lived anywhere. 10 years, almost to the day that I left to go on tour.

In Chicago you have this: 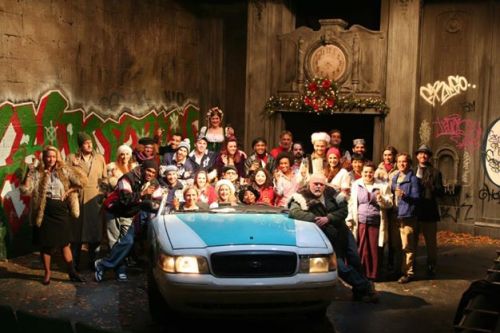 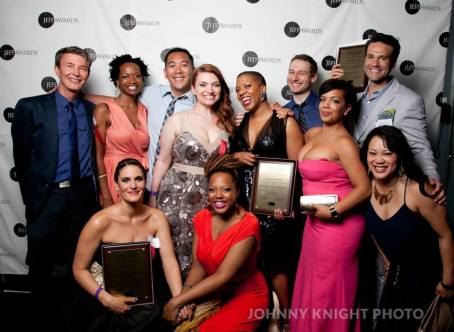 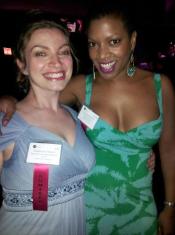 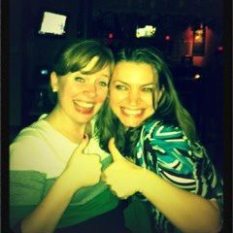 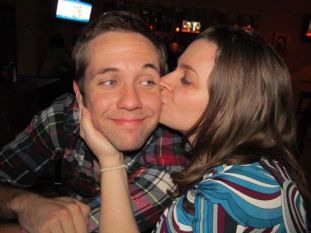 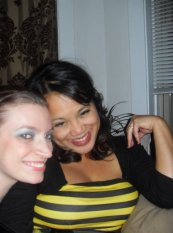 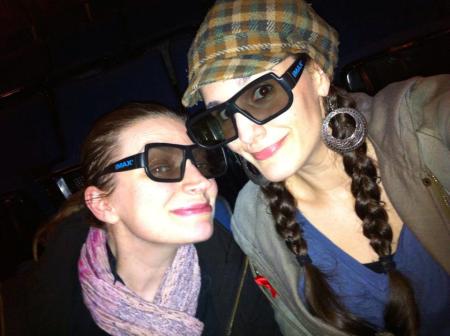 To add insult to injury, Wild Party, a show that I had done the casting on, was going up at my beloved theater company, Bailiwick Chicago. I was so damn proud of the casting on this show. It was diverse, interesting, and not always expected. It was so hard for me to go away knowing that I wouldn’t be able to see it. It was so hard to leave my theater company which I’m inspired by every day. It was so hard to think that I wouldn’t see it. I wanted to see my girl Danni play and conquer Queenie, the most challenging role she’s had yet and to see my friend Matt in a role that I knew he would completely slaughter, not to mention the rest of the stellar cast that were carefully selected.

I tried to accept the fact that I was going to miss it and almost came to terms with it, until my mentor Sheldon Patinkin died. Then I decided it was unacceptable for me to miss it. It became unacceptable to miss anything that was important to me. So, I planned a crazy 36-hour trip to Chicago. I spent way too much money and was exhausted, but I don’t regret it at all. It was exactly what I needed. I saw the show which was beyond brilliant, but more importantly I sat on my couch, I laughed with Eric, I surprised the Wild Party cast resulting in laughter and tears.

It was the balm that I needed to help mend a broken heart. It has been so hard being away from Chicago during all of the tragedy that has befallen our little theater community this Fall. I needed to breathe Chicago’s air and feel the energy and share laughs with my friends. Friends who were also hurting.

I’ve been struggling with coming to terms with whether I can be a commercial actress, whether I can turn my back on the grit of the storefront scene and move into the machine of big commercial musicals. I’ve dipped my toe in here and there, but this tour is the beginning of full immersion into a very different type of theater. And while I LOVE the big show that I’m working on right now, I don’t know if I could give up the challenging, meaty, intimate, relevant shows I’ve been lucky enough to work on at my theater company and in Chicago.

My friend Danielle lifted my burden and freed my heart when she said, “You’re doing that so you can come back and do this.” And she’s right. I am a Chicago girl. I can go other places. I can do other things, but my heart will always be in Chicago. And now that I’ve come to terms with that I feel like I can actually let go and enjoy the adventure that I’m on, because while I don’t know what the future holds for me, I know I’m coming back. And this adventure deserves my full attention. 🙂

Tech for Sister Act was in beautiful York, Pennsylvania. We were in a great hotel with a kitchenette in the room so I was able to cook almost all my meals. This is a rare luxury on tour. (A post on tips to a more pleasant tour will be in a post soon.) So while I was having my typical tech meltdown, I was surrounded by beauty and convenience.

When we arrived it was 80 degrees and the pool was open. When we left, it was around 50. We watched the season change from Summer to Fall in 2 weeks. I grew up in New York State, and remember the lush and beautiful Falls of my childhood, so staying in York was almost like going home for me.

While we were there we had a golden day. A golden day means you have no shows and no travel, you are free to do what you choose. Well I went to Gettysburg and had the time of my life. I explored a vintage hat store, went to the Wills’ house where Abraham Lincoln refined his Gettysburg address and of course strolled through the the Gettysburg National Cemetery. This was especially poignant for me as a Veteran. It was a very cool and humbling experience.

After a full day of exploring on foot, I ended up at the Dobbin House Tavern. It’s in the basement of the famous Dobbin House which was one of the hiding spots on the Underground Railroad in the mid-1800s. After the battle of Gettysburg, the house served as a hospital for wounded soldiers from the North and South.

Now it’s a dimly lit, historically maintained tavern with delicious food. I had delicious fresh cheese and fruits, homemade date bread, onion soup, And there is THIS.

Ummmm What!? You read that correctly. A big ass dollop of butter. It was rude and it was AMAZING. It was like Apple Pie in a cup. I will be repeating this recipe until the end of time. It was the most delicious hot fall beverage I’ve ever had. TRY THIS. DO IT. It’s life changing. I MAY try it with whiskey instead though. 😉

The other great thing about York is that we had rental cars issued to us, so I felt pretty free. And I did a decent amount of shopping. Which is bad, but honestly, I packed completely wrong and my luggage sucked. So I’ve been buying what I need. I’m quickly figuring out what I need and what i don’t. When I go home for the holidays, I will definitely be dropping off a bunch of stuff.

So, York was pretty great. It was really long hours. Tech wasn’t the easiest. I’m not going to lie. It was grueling, but we got through it and previews were great. I’ve never been in a show that gets this much response from the audience. Standing ovations every single day, people screaming like they’re at a concert. It’s completely thrilling. I hope you’re having a beautiful Fall and make sure to have some buttered rum. DO IT.