I have one more day at home before flying down to Sarasota, FL to continue the Sister Act tour. Today is New Years Day. Today is supposed to be the day that you start anew. You’re supposed to come up with things that you want to change. You choose your resolutions. I’ve been thinking about that for a couple of days now. The thing is, I can’t think of any. Is that weird? Let me explain. No. My life isn’t perfect. Of course I want to be more patient, nicer, thinner, wear makeup, give someone the time of day, save more money, be more active, be able to fly to the moon, travel to Hawaii, etc.

I guess that resolutions are kind of merging in my brain with goals and dreams. It’s all the same thing for me right now. And for the first time in a long time, I have NO IDEA what I want. None. Zilch. Nada. Clueless. This started to become apparent the other day. On Facebook there is a thing going around where you name your top 5 musical theater roles.  I got tagged, and I was so excited. I love talking about my favorite roles! Evita! Fantine! Elphaba! Aldonza! Every fallen woman that’s every been written in the cannon!

For some reason, I had a hard time putting these roles down that I’ve been obsessed with since I was a teenager. I wasn’t excited about it. I thought about my favorite roles that I’ve played…Mother in Ragtime, Emma in Tell me on a Sunday, Lou Ellen in Oh Boy, Violet in Violet, and Ruth in Dessa Rose. What do all those roles have in common? I had no idea they existed. I didn’t grow up dreaming about playing them. They were all a complete surprise and my biggest theatrical blessings. I had no pre-conceived notions of how to play these roles, or expectation of what these roles could be.

I ended up making up my own musicals: Eternal Sunshine of the Spotless Mind as Clementine, Battlestar Galactica as Starbuck, Hillary Clinton as Hillary, Mists of Avalon as Morgan Le Fay, and Queen Elizabeth as Elizabeth. The thought of playing THESE roles put an unquenchable fire in my heart. I’m not saying that I wouldn’t be honored and thrilled to play my girlhood dream roles.  What I’m saying is that I have new dreams. Dreams that I don’t even know what they are yet. Dreams of the  unknown.

I wrote up a 5-year plan a couple of New Years ago. It included theaters I wanted to work at, accolades I wanted to receive, certain agencies I wanted to represent me, etc. Through the years, no matter what things I achieved, part of me has been unhappy because I haven’t been ticking off enough of the goals on that list.

This year I have no list. I have never in my life been more uncertain about what the year ahead holds for me. I don’t know where in the World I will be. So much is up in the air right now. I’m going to let the chips fall where they may. A couple of months ago I was really stressed out about all of the uncertainty that I’m facing this year. And now? I’m not. I don’t know what happened. Part of it was listing my favorite roles. Who knew a Facebook fad could illuminate my life so much for me? Ridiculous.

I don’t know what’s coming and more importantly, for the first time ever, I don’t want to know. I don’t want to plan. I don’t want to make lists. That works for some people. It doesn’t for me. My life has never followed the typical road, so why on earth did I think my career would? I face this year ready. Ready for it all. If you told me this time last year, that I would be on a National Tour DANCING and singing, I would have laughed in your face. I hope that a year from now, I am doing something equally bizarre. But I won’t be laughing at it this time. I welcome it. 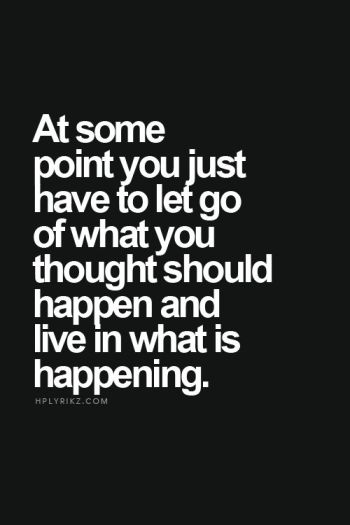