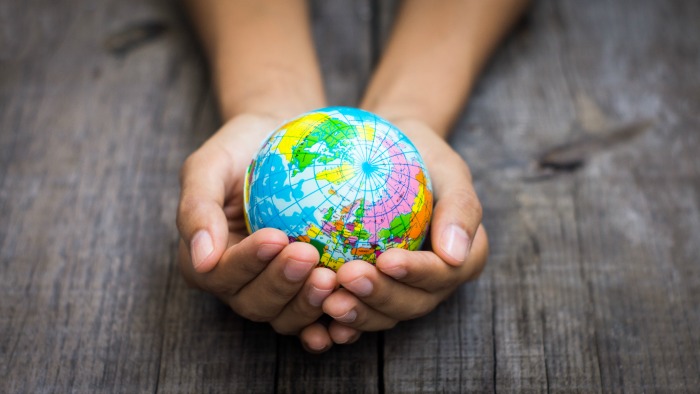 So I, along with most of America I expect, have been suffering from multiple personality disorder this last week. I waffle between wanting to run for president myself and not being able to get out of bed and every single emotion in between. I’ve been FEELING a lot. But I haven’t really DONE anything. I’ve posted a hell of a lot on Facebook. I’ve counseled countless friends. I guess that is doing something. But I haven’t done anything that didn’t involve my computer. Even now, as I’m typing this, part of me is screaming, “get off the damn computer!”

I was out of the country on a cruise on election day. I didn’t get back until a couple of days ago. While I was on the boat, I wanted to march. I wanted to protest! I was so frustrated that I wasn’t able to. I was surrounded by people I am politically opposed to. I wanted to get off that damn boat so I could DO something.

And now I’m back in the country, and I didn’t get out of bed yesterday. I watched bullet journal tutorials and caught up on home design blogs that I haven’t looked at in years. I actually used to be a home design blogger myself back in the day, believe it or not. But my point is, I spent an entire day doing this. Well. This and a lot of napping.

I run a theatre company. My theatre company’s mission is to empower and employ women. We’re preparing for our first big season and I have to be honest, the thought of figuring out how to empower women right now is daunting. How can little ole me empower women when it was just proven how much further we have to go than we thought we did…to get to equality…to get to my dream of intersectional feminism.

I’ve had a couple of low days now where I haven’t done much. I’ve been doing jigsaw puzzles and writing brain dumps which have helped immensely for me to at least identify what I’m stressed about. So often my anxiety level is sky high and I can’t even point out why. I mean…it’s pretty obvious “why” at this point, but you know what I mean. I’ll explain what a brain dump is at the bottom of the post. Maybe it will help you too?

OH I also deleted Facebook for the week. That helps too. TRY IT.

So just do something. Anything. Something small. It will grow. If there is anything I’ve learned from bouts of depression it’s that the only way out is action. Moving forward is the only way to move on. You can stay in park, but you aren’t going to go anywhere. So I’m going to keep this short and sweet. If you’re in bed, GET UP. If you’re at work, take a walk during your lunch break. Go look at something beautiful. Change up your routine. We can’t help the world if we’re completely broken. So let’s patch ourselves up. There are many challenges ahead.

Things that have helped me this week:

Okay Brain Dumps: It’s really just what it sounds like. Write down every single thing that you’re thinking about. Good stuff and bad stuff. Write it all down. It doesn’t have to make sense. It doesn’t have to look pretty. You don’t even have to use complete sentences. Just write it out. And do WRITE it, rather than type. I use a big legal yellow pad and I filled three pages for my first brain dump. Once you have written down and identified a stressor, your brain automatically eases up a bit.

What have you done this week, or any stressful week, to take care of yourself?